In addition to divorce cases (and their related issues of child custody and visitation, child support, spousal support, and property and debt division), our Family Law Attorneys are experienced with a great variety of related legal issues as well.

Many of these family law issues are discussed below. Each of them requires the filing of a Superior Court case to address them.

A meretricious relationship is a “stable, marital-like relationship where both parties cohabit with the knowledge that a lawful marriage between them does not exist.”

The use of such terms as “marital-like” or “marriage-like” are mere analogies because defining meretricious relationships as related to marriage would create a de facto common-law marriage, which our Supreme Court has refused to do. When a meretricious relationship terminates, the trial court must use a three-prong analysis for disposing of property.

While property acquired during a meretricious relationship is presumed to belong to both parties, this presumption can be rebutted. If the presumption is not rebutted, the trial court may look to the dissolution statute, RCW 26.09.080, for guidance in fairly and equitably distributing the property acquired during a meretricious relationship.

Third, the trial court must make a just and equitable distribution of such property.  The trial court may consider all relevant factors, including but not limited to, the nature and extent of the community property and the economic circumstances of each spouse at the time the division of the property is to become effective. RCW 26.09.080.  Therefore, “The court may consider the health and ages of the parties, their prospects for future earnings, their education and employment histories, their necessities and financial abilities, their foreseeable future acquisitions and obligations, and whether ownership of the property is attributable to the… efforts of one or both spouses.”  Finally, when distributing the community property, the trial court’s paramount concern should be the economic condition in which it leaves the parties. This is very similar to divorce, other than the fact the parties involved aren’t married. Relationships can be complicated. That is why you may need family law attorneys to help with yours.

When a married woman bears a child, the law presumes her husband to be the father of the child; the law regards the husband as the child’s “presumed father.” As long as his status as the presumed father never is successfully challenged, he is the father of the child for all legal purposes.  For example, if the parents divorce, he has the full right to spend time with the child according to the parties’ Parenting Plan and he has the full obligation to support the child pursuant to the parties’ Order of Child Support. Also, inheritance rights as between the child and the presumed father are fully recognized.

However, when an unmarried woman bears a child, the law does not presume anybody to be the father of the child. (That is true regardless of whether the woman is cohabiting with a man at the time of the birth.)  It may occur that a man is at the hospital during the birth – and he may have there signed an Acknowledgement of Paternity and had his name placed upon the child’s Birth Certificate, identifying himself as the child’s father. In such events, the law regards that man only as the child’s “acknowledged father.”  That is a low-level status of fatherhood under the law. Therefore, his right to be regarded as the father of the child for all legal purposes requires that his “paternity” (fatherhood) be judicially established in a paternity case.

We also note that the third party custody statutes place “a high threshold burden on a petitioner seeking non-parental custody.”  To meet this heightened standard, a party seeking to interfere with a parent’s liberty interest in the custody of her children must show that the parent is either unfit or custody with the parent would result in actual detriment to the child’s growth and development. For the purposes of non-parental custody, our Supreme Court as stated, “A parent is unfit if he or she cannot meet a child’s basic needs.”

If a party successfully obtains a Non-Parental Custody Decree from the court, that does not necessarily decide the issue for the entire remainder of the child’s status as a minor. Rather, the law still would prefer a biological parent to have custody of the child. So, for example, if a minor child’s biological mother is deceased and his biological father has abandoned the child, a set of the child’s grandparents might successfully obtain a Non-Parental Custody Decree from the court. However, later (even quite a lot later), if the biological father shows up again and wants to now undertake his responsibilities as the child’s parent, the court will explore ways to restore the biological father’s custody rights, so long as the father can persuasively demonstrate that he no longer is unfit and his having custody of the child no longer would  result in an actual detriment to the child’s growth and development. So, persons seeking to obtain non-parental custody of a child should be mindful that, even if they are successful, their success might be only temporary. As experienced Family Law Attorneys, we can help you with this issue. 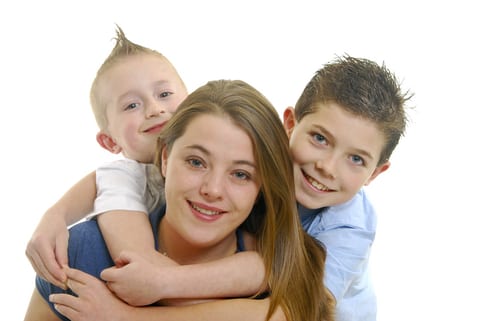 Our Experienced Family Law Attorneys Will Assist You With Guardianships

Some children are so severely disabled that they cannot fend for themselves or make decisions on their own behalf. That could be because of a physical disability (e.g., cerebral palsy, spina bifida, or etc.) and/or a mental disability. The child may have been born with the condition or obtained it through an accident or illness. While the child is a minor, there is no need for his parents to obtain a guardianship over him. His parents have full legal authority and decision making control over him in the same manner that all parents have full legal authority and decision making control over their minor children. However, once the child turns 18 and thereby becomes an adult, his parents’ legal authority over him ceases, unless they obtain a guardianship over him. Without the guardianship, doctors’ offices, caregivers, banking institutions, and stores would be required to deal directly with the new adult. Because that is not possible in the case of the severely disabled (now) adult, his parents will need to obtain a guardianship over him, so that they can continue to look out for him, make decisions on his behalf, and communicate those decisions to others.

Our Experienced Family Law Attorneys Will Assist You With Adoptions

There are two, main types of adoptions. First, there is the couple who wants to adopt a child who has no biological connection to either of them. The source of the child could be from someone the couple knows or from a complete stranger (as is the case when the child is identified through an adoption agency). Second, is the so-called “step-parent adoption,” where a person wants to adopt the child of his/her spouse. It is very common that, in the case of a stepparent adoption, the child, the child’s biological parent, and that parent’s spouse already have been living together for quite some time before the adoption case is commenced. The remaining discussion assumes a mother has a minor daughter, the mother later marries a man, and the married couple and the child have been living together for 2 years by the time they commence the adoption case.

The court will appoint a person to perform a “home study” of the couple’s home. The appointed person will make a visit or two to the home to interview the couple and the child (if the child is old enough to be interviewed), as well as anyone else living in the home. The appointed person also will inspect the home to assess how things appear with respect to the child’s surroundings, bedroom, accommodations, etc. That person also will make contact with other persons close to the couple and child (e.g., the couple’s siblings or friends, perhaps the child’s teacher), to determine their opinion about the proposed adoption. After all of that is done, the appointed person will write a report for the court, explaining all of the findings, and recommending either for or against the adoption. Then, a final adoption hearing takes place, at which the court will decide whether to approve the adoption. If so, the court will enter a Decree of Adoption. Thereafter, the adoptive father is the father of the child for all legal purposes and all legal responsibilities. For example, if the couple later divorces, it is the adoptive father, not the biological father whose paternal rights were terminated in the adoption case, who will be required to continue to financially support the child.

The topics addressed above are only a few of the non-divorce-related,  family law legal issues with which you may need help from a family law attorney. With our abundance of expertise with the great variety of family law cases, our team of experienced family law attorneys will responsibly guide you through the entire process of your case. If you are involved in a divorce, please review our Divorce Attorney information.

Justice shouldn’t just be for the wealthy, justice was intended for everyone.

Our Tri-cities Family Law attorneys service all areas of southeast Washington, including Kennewick, Pasco, Richland, and West Richland, as well as Benton and Franklin Counties. Similarly, our legal services are available to a all of Washington State.

To learn more about our legal services or our lawyers, we invite you to give us a call, or fill out the form on our Contact page.

Experience You Can Trust

With across many areas of practice, our goals remain the same. The best possible outcome with as little expense to you as possible.

Clearwater Law Group is a bi-lingual law firm. Our staff is fluent in Spanish to better serve our community and the needs of many of our clients.